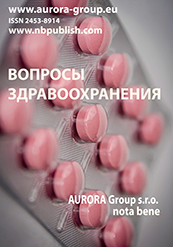 Review: The object of this research is the health care system in India, and the subject is the development patterns of the features and the formation of its since independence in 1947 to the present day. The process of forming the Health Planning Commission, its purpose, the development of five-year plans and the place in these plans for the health and family welfare. Five-year plans are explored by blocks from the first five year plan (1951-1956) to the fifth five year plan (1974-1979), then from the sixth plan (1980-1985) to the eleventh plan (2007-2012). The twelve-year plan (2012-2017) is explored separately. This article reseach the features of the three national health policies of 1983, 2002 and 2017. This article analized of the three national health policy projects of 1983, 2002 and 2017. Differences in the economic situation between states and union territories led to the creation of the following projects, the main provisions of which are explored in this work: National Rural Health Mission (2005-2012), National Health Urban Mission (May 2013), and strategy - National Health Mission (2012-2017), combining projects in the field of health in urban and rural. The present study aimed at conducting a comparative analysis of access to servicies health in rural and urban. In the investigation is the projected population data of growth in the urban set out in the 2030 and the 2045. There is considered of changes in infant mortality in India during the twelve five-year plans. The research methodology is based on the structural-functional, system analysis, comparative, historical, statistical, induction, deduction, synthesis. On the results of research, the authors were able to draw conclusions about improved quality of health services for low-income segments of the population. However, infant mortality in the country is still at a high level.
Keywords: medical services, medical care, rural areas, five-year plans, Planning Commission, national policy, Ministry of Health, health care system, health care, population
References (transliterated):
Planning commission. Government of India. Health, Nutrition and Family Welfare [electronic resource]. URL: http://planningcommission.gov.in/sectors/health.php?sectors=hea (accessed: 13.09.2017).
Planning commission. Government of India. History. [electronic resource]. URL: http://planningcommission.gov.in/aboutus/history/index.php?about=aboutbdy.htm (accessed: 13.09.2017).
Patel V. Chronic diseases and injuries in India / V. Patel, S. Chatterji, D. Chisholm, S. Ebrahim, G. Gopalakrishna, C. Mathers, V. Mohan, D. Prabhakaran, R.D Ravindran, K.S. Reddy // India: Towards Universal Health Coverage 3. Vol 377. January 12, 2011. P.413-428. URL: http://www.who.int/choice/publications/Chronic_diseaseIndia.pdf (accessed: 15.09.2017).
Part 1. Rural health care system in India /Rural health statistics 2016 // Health Management Information System. URL: https://nrhm-mis.nic.in/RURAL%20HEALTH%20STATISTICS/(A)RHS%20-%202016/Rural%20Health%20Care%20System%20in%20India.pdf (accessed: 16.09.2017).
Noronha
Healthcare system