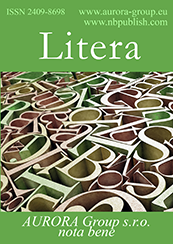 
This issue is currently being formed. All articles presented on this page have already been included in this issue, are considered published, and will remain unchanged in the final version of the issue along with other metadata of the articles.
Founder: Danilenko Vasiliy Ivanovich, w.danilenko@nbpublish.com
Main editor: Yukhnova Irina Sergeevna, Doctor of Philology, yuhnova1@mail.ru

Review: The article examines the opening ceremony of the Winter Olympic Games as a media event and analyzes its important role in strengthening national identity and shaping the national image of China in the new era. The subject of the study is the influence of the 2022 Olympics in the formation of the internal image of the People's Republic of China, the object of the study is the coverage of the Chinese media on the 2022 Olympics. Particular attention is paid to the fact that the analysis of the frequency of the vocabulary of Chinese media coverage of this event, and at the same time, the updates and promotion of the image of the People's Republic of China in the Chinese media in coverage of the 2022 Olympics were analyzed.    The study used methods of content analysis of publications in the media and methods of comparison, generalization and statistical analysis of the collected data. The frequency of keywords in the texts of publications was also analyzed to determine the direction of the agenda of the Chinese media when covering the 2022 Olympics. According to the analysis, we found that as part of the coverage of the Olympics, the Chinese media paid the greatest attention to the meeting of the opening ceremony of the Olympic Games, which was aimed at transforming and updating the image of China in a new era.The author concludes that at the opening ceremony of the Olympic Games in 2022, China clearly showed elements of the national image, culture, endowed the image of China with a new meaning. Using laconic symbols and details with special moments to represent modern China, the organizers of the event were able to convey to the community the concept and culture of the People's Republic of China in a new era and allowed to more accurately capture the national image.And this solemn event introduced the image of China into the consciousness of its people as a responsible and unified world power, as a country advocating the aesthetics of minimalism, possessing advanced technologies. Thus, the opening ceremony of the Olympic Games has successfully fulfilled the function of promoting the national image within China.
Keywords: soft power, image promotion, Chinese culture, media, internal image, image of PRC, opening ceremony, Olympics, Chinese media, image function