An integral part of national security of a country is its food security, which primarily relies on the potential of the agricultural production. It is no accident that in the economically developed countries production and processing of food products is viewed as one of the key components of political stability, and serves as an index of state independence, and thus being accordingly regulated based on an existing strategy [15, 10].

In the opinions of T. I. Gulyaeva, O. V. Sidorenko, V. V. Smirnova and other scientists, the principal elements of food strategy should be the following:
- Physical access to food products – presence of required amount and assortment of food products throughout the country in correspondence with the established norms of consumption;
- Affordability of food – level of income that would allow purchasing sufficient amount of food products to meet at least the minimum consumption level;
- Food safety for consumers, prevention of manufacturing and sales of substandard food products that could be harmful to the health of the population.

In Russia, none of the aforementioned components is fully implemented. Moreover, the actual consumption of absolutely all types of food products does not correspond with the scientifically proven norms (Table 1).

more »
Danilenko D.V. - The role of liberal values in secularization 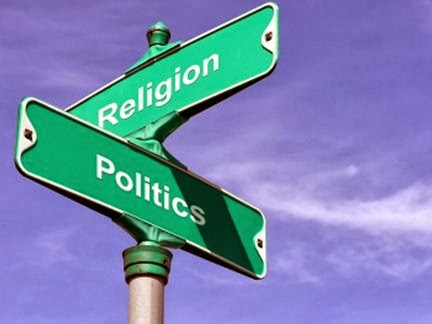 Almost all modern sociologists believe that religion’s importance is fading within developed countries, that the observation of religious practices, values and beliefs is about to erode within the modern Western world. We could even advance that this affirmation is one of the axioms of the modern social sciences, and is rarely contested. The few voices that do contest such affirmation are mostly from the United States[1], which is perfectly understandable,since the secularization process is slower in the US than it is in Europe. Moreover, such affirmations are more common today than ever before, which could be explained by the fact that the secularization processes in some countries seemed to be slowed down in response to different aspects of globalization: religion represents one of the main instruments that keep the originality of one’s owns culture and traditions, whereas the importance of growth of religious population in Western countries is causedby the high levels of immigration.Nonetheless,we have to be cautious with statistical data that shows a surge of religious practices in some Western countries, since it is more ofa question of cultural identity,rather than a question of faith –the surge of religious practices in the contemporary world is part of the personal and national identity process within a globalized world without well-defined landmarks, or a question of time necessary for the religious immigrant population tointegrate into theWestern societies, which is generally resolved with the change of generations in the immigrant populations.

If the existence ofsecularization is almost uncontested – at least with the developed countries – its interpretations are a different story.There are numerous interpretations of secularization, advanced by sociologists, theologians, philosophers,andpolitical scientist.Almost all of them have contributed to the understanding of the phenomenon, since several different factors have contributed to the erosion of political importance of religion (and the Church),as well as to the secularization on individual level (erosion of observation of religious practices, values, and beliefs) or what we can refer to as secularization of minds. more »

Danilenko D.V. - Why Russians are so different?

Many facts and indexes allow us to affirm that Russia and Russians are not so different form the Westerns countries and their citizens. Russian society is complex, multinational, and urbanized. The level of education is quite high here, and literary as well as artistic legacy of Russia is considered as being a part of Western culture. Welfare state and social justice values, especially labor rights developed under the Communist rule, have strong legacy in Russia, which also seems to confirm the idea that the levels of certain human development indexes are comparable to that of the Western countries. The level of equality between men and women is not lower than in the Western countries. Nonetheless, some socioeconomic and political peculiarities of Russia as well as of the cultural identity and worldview of Russians are so important, that even a tourist can observe significant differences in comparison with the Western countries. Indeed, the democratic organization of political power has never existed here; human rights abuses are common here even today; level of social capital is the lowest in the world, even on the level of most intense interpersonal relations; and economy is still struggling to convert to capitalism, among other things.

Many authors, both Russian and Western, have attempted to identify those peculiarities of Russia and its inhabitants, as well as to reveal its roots by comparing them with the Western countries and their citizens. Some of them determined that those peculiarities are of cultural origin and could be explained by religious or climatogeografic factors (Lebedev, Maksimovitch 2015), while others emphasized the institutional factor (role of the state) (Rozenova 2015). We believe that the institutional factors do not play as big of a role as the cultural factors in profoundly feudalistic societies, which Russia was until the end of the XIX century, whereas it would be wrong to reject the influence of the state (institutional thesis) on social capital, economy, and identity of its citizens, since it is axiomatic that the totalitarian states (such as Russia under the Communist rule) are so invasive into the personal and social life of the individual, that such factor could not be rejected. Thus, a historical research of the socioeconomic peculiarities, as well as of the political influence, is necessary in order to understand why Russia and its inhabitants seem to be so different from the Western countries and their citizens. more »

Maslanov D.V. - President and Russians: foreign view of the attitude of the population of post-Soviet Russia towards its presidents 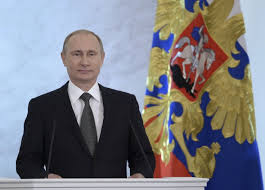 The research of the political development of the countries with the transitional type pf democracy or democratic transitions, hold a special place in the world political science. With the start of the third wave of democratization, many authors attempted to understand the new criteria and the results of the change of political regimes in the countries that have shed the shackles of authoritarianism, including the post-Soviet Russia. The “transitology” is based on the blueprint of “democratic transition” (authoritarianism-transition-democracy), in which the democracy a priori becomes the better form of governing, and studying the transitional regimes most often manifests in the search for “perversions” or “abnormalities” of the optimal, i.e. liberal, Westerly version of democracy. In Russian science the transition researchers have formed a number of concepts regarding the Russian political reality; for example, “nomenclature democracy”, “destructive democracy”, “regional authoritarian regime” or “Russian hybrid”, and others [1, 7, 8, 11, 21]. These concepts vary from one another by the assortment of structures and characteristics attributed to the regime, but all of them converge on the fact that in Russian there is a system of power that cannot be called a version of a successful democratization.

The important question for “transitology” is the question about the influence of one or another institution upon the formation or strengthening of democracy, including discussion about the advantages and flaws of the presidential, parliamentary, and mix model. In Russia, the form of governing is the presidential-parliamentary republic, a local version of which is often referred to by science as “superpresidentialism” – a system, in which the president possesses extraordinary authority, which impede a successful “democratic transition” [5, 3-20]. At the same time, it is impossible for the population of the country not to have a certain attitude towards the forming institutions of power, president, and socio-political reality. The nuances of the public opinion of the developing Russian democracy did not escape the attention of the foreign sociological researches. As a result, based on the example of little-studied surveys of public opinion conducted by foreign authors, an attempt is made in this article to show their view upon the population’s perception of the office and persona of the president, and what effect did the “strong persona” had on the development of the country’s political system. This article examines the research conducted in cooperation with the Russian Institute of Sociology RAS (T. Colton, V. Zimmerman, M. McFaul, H. Hale; The Russian Election Studies series – RES), surveys by the Pew Research Center, and others that analyze the mood of the Russian population towards the political system and state institutions. The timeframe of the post-Soviet Russia defined in this work falls on the period between the collapse of the Soviet Union in 1991, and the end of the second presidential term of Vladimir Putin in 2008. more » 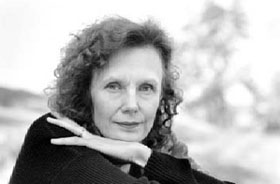 The opera “L’amour de loin” (Love from Afar, year 2000) of the Finnish composer Kaija Saariaho (born 1952) is recognized as a masterpiece of the modern musical theatre. The work received multiple awards, including a Grammy in 2011 for Best Opera Recording, and its countless production allows us to refer to it as a “triumph of Finnish opera” [2].

Alongside Magnus Lindberg, Jukka Tiensuu, and Tapio Tuomela, Saariaho represents contemporary Finnish school of composers. But its music has long spread beyond the Finnish borders. Saariaho’s compositions sound at almost all major festivals; their premieres are held across the globe, performed by some of the greatest musicians and bands. 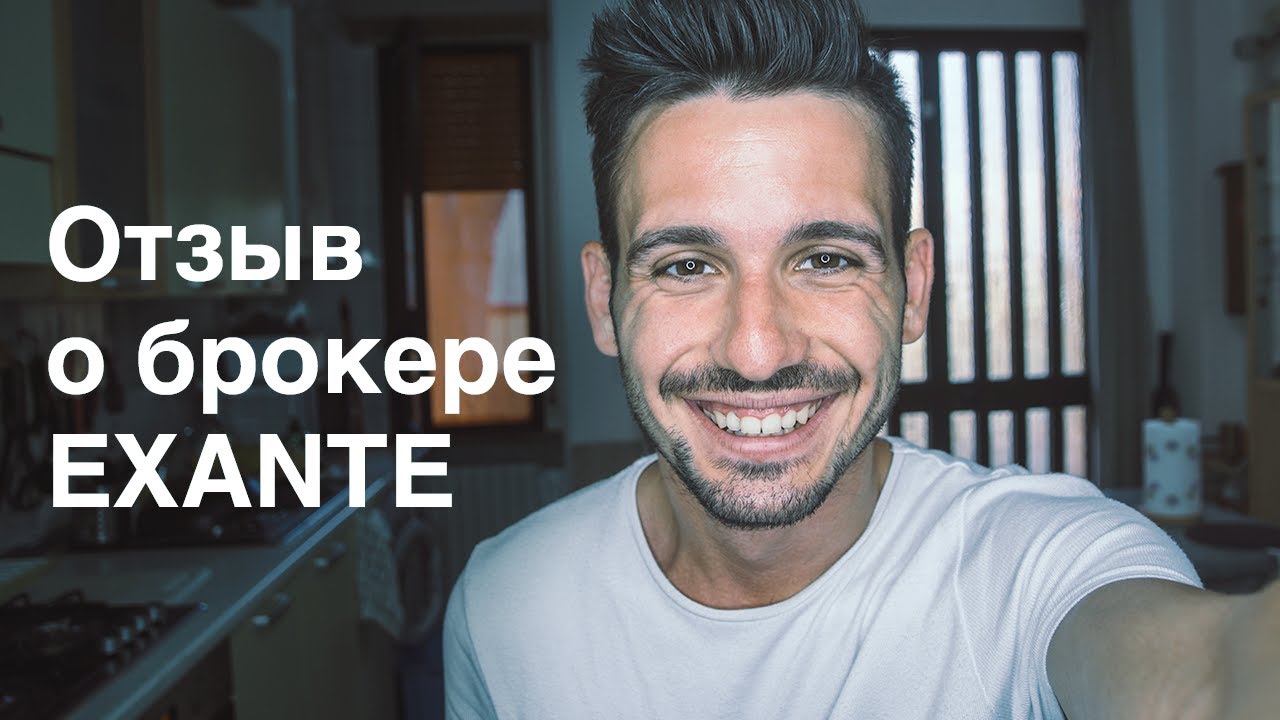 All articles are written in both Russian and English. The journal is available online in our library.
more »

The second issue of "Sententia. European Journal of Humanities and Social Sciences" is available online!
more »

You can get your article published within 72 hours only after the following conditions are met:
— Óour manuscript has successfully passed the mandatory online test of the degree of originality (we use the online systems "Anti-Plagiarism" and "Anti-Rewrite" - see here for details);
— Your manuscript (full text, abstract, metadata, and reference apparatus) successfully underwent a technical review on compliance with the requirements of the journal. Our technical editors pay special attention to the List of references. In particular, they monitor that the List of references consists only of those publications and sources that are directly related to your paper and were used in it, and the references to your own articles are appropriate and justified.
— Your manuscript successfully passed the "double-blind" peer-reviewing, and the reviewers recommended your paper to publish (see here for details).
— Your manuscript, taking into account the peer-reviewers' opinion, was recommended for publication by the Editorial Board.
more »